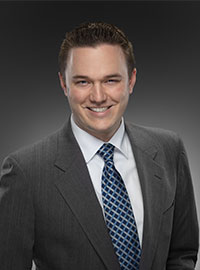 William practices law in ​Atlanta, with a focus on employment litigation and workers' compensation defense work.  William competed for Elon University from 2003 through 2007 before receiving his JD from the Elon University School of Law in 2010.  William coached the Elon Mock Trial team from 2007 through 2013.  William currently coaches at Georgia Tech.

William became a member of the Board of Directors in 2013.  William was the chair of the Tournament Administration Committee and the Technology Committee from 2012 until 2017.  William served as AMTA's President from 2018 through 2020.  William previously worked on the civil case committee and development committee.  William has served as an AMTA Representative since 2009.