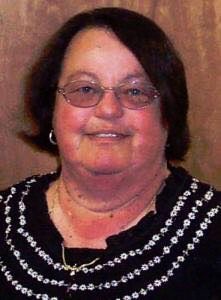 Oct. 28, 2017 - The mock trial community lost a longtime friend when Dr. Jo Ann Scott passed away late last month. She was an important leader during the time when AMTA was growing into perhaps the largest college forensics league in the country. She was a successful coach and mentor to her students, and a friend to many in our community.

Dr. Scott was a member of the American Mock Trial Association’s Board of Directors, but that description is wholly inadequate. Those of us who have presided over the organization can tell you that, while all of our Directors are important, their contributions are far from equal. Jo Ann was a towering figure who served in a variety of ways. Most notably, she chaired the Regional Tournaments Committee and had the thankless task of recruiting hosts and AMTA reps, those assigned to officiate at tournaments, for our national qualifying tournaments. She chaired the RTC while AMTA grew to more than 600 teams with more than two dozen qualifying tournaments. “Jo Ann’s longevity in this crucial AMTA recruiting role was remarkable,” notes former Board member Bradley Bloch. “And then, I think AMTA should recognize how outrageously strong she was in the tabrooms in all of the kinds of events the students are offered.” For her service, Jo Ann was honored in 1998 with the prestigious Congressman Neal Smith Award given in honor of one’s “contributions to AMTA’s educational mission”. The winners of the Neal Smith Award have made outstanding and exemplary contributions to law-related education and its mission to promote public understanding of the law and the legal process.

Perhaps more important, Dr. Scott led programs at Lewis-Clark College in Lewiston, Idaho and at Ohio Northern University in Ada, Ohio. Both program at Ohio Northern competed at the highest levels of the activity -- the American Mock Trial Association’s National Championship Tournament. But, the success of her programs fail to do justice to a coach who would travel with her teams over a weekend, and then be back in the classroom upon her return on Monday. They can’t capture how Jo Ann addressed situations like a team conflict that erupted into fisticuffs, and caring for her team after it was in a van wreck in route to the Championship Tournament. Her record won’t do justice to the time and preparation it took to host the annual Polar Bear Classic – an important invitational tournament that drew teams to Ohio Northern University each winter. The obituary Ohio Northern notes that she was a department chair, and recognizes Dr. Scott for creating the Criminal Justice major at the University. But, I’m guessing that these administrative accomplishments simply pale next to her importance as a coach, teacher, and advisor to the students who she so dearly loved.

Finally, she was a friend to many of us in the AMTA community. To say that Jo Ann could be prickly is an understatement, and a number of us felt her cleat marks on our backside. But, she was generally warm and tender. She had a warm spot in her heart for those who loved mock trial. Upon hearing the news of her death, Board member Adam Detsky wrote, “She was always a lot of fun to talk to and I used to go out of my way to sit at her table at least one AMTA Board meal.   Those conversations were always great.  They would start mock trial related, turn into debate, we would have entirely opposite viewpoints and it would end with us laughing and being among the last to leave and she was one that I always held tightest when it was time for goodbye hugs and handshakes. I will miss her a lot and I'm very very saddened by this news.” Glen Halva-Neubauer, a former AMTA president recalls that, “Jo Ann not only balanced the many demands of being a mock trial coach, department chair, and professor, but she also cared for several members of her extended family, and did so in way that demonstrated her extraordinary loving nature and commitment to others.”

A few years ago, I noticed a change in the administration of AMTA. Younger members of the community started to take their place at the table. The AMTA Board grew younger, more fast-paced, and innovative. And, as it probably should be, the many of the folks who were instrumental in creating and governing AMTA started to step aside. As I said, that was probably inevitable. But, I hope AMTA will remember and pay tribute to those upon whose shoulders we all stand. One of those very important people was Dr. Jo Ann Scott. It’s a privilege to write a few words in her honor.”